Recently I paid a visit to Claire House on the Wirral.

Claire House Children’s Hospice helps seriously and terminally ill children live life to the full by creating wonderful experiences and bringing back a sense of normality to family life.

This is done by providing specialist nursing care and emotional support they help families smile again when life couldn’t get any tougher.

This is their very welcoming entrance to the hospice. 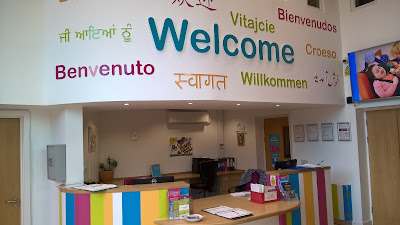 Claire House has a team of trained professionals who are as passionate about what they do as they are talented at doing it. Their staff includes nurses, physiotherapists, play specialists, counsellors and they also have four dedicated doctors who visit the hospice. 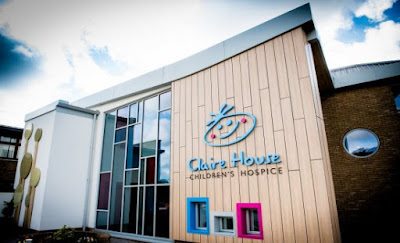 But Claire House is about far more than just care. It is a place for children to relax and enjoy themselves, whatever their age. They can have fun in the multi-sensory room, art room, hydrotherapy pool and jacuzzi. There is a separate wing complete with bar, sound system and Xbox for teenagers and young adults. 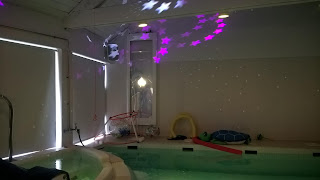 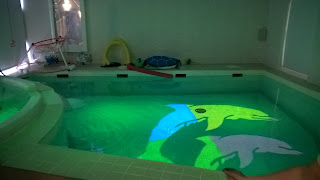 Whilst their children are having fun, mums and dads get the chance to enjoy some much-needed time off together or the opportunity to spend time with their other children.

Care when and where you need it

Not all families want to come to the hospice, so their team goes out to visit them in their homes and they put on regular trips for brothers and sisters to ensure they don’t miss out on having fun.

Claire House is also there for parents during the toughest of times. Whether they are spent at home or in the hospice, they ensure a child’s final days are memorable and special. They don’t just help with the practical issues of registering a child’s death and arranging their funeral – they provide dedicated round-the-clock support and specialist counselling.

As one family put it: “The best thing about Claire House is knowing that they are always there. From the minute you meet them for as long as you need them.”

Now I have had quite a bit of experience with children's hospices as before I became an author and an event organiser I worked as a children's nurse and Health Visitor. The children that I cared for often visited the local hospice and were always very excited to do so. They would proudly tell me they were off to the hospice for the weekend and that they would be having fun. This generally could include getting their hair done, nails painted and listening to music with their peers. 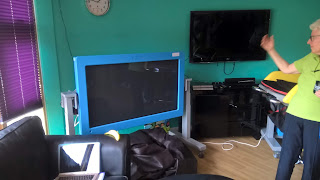 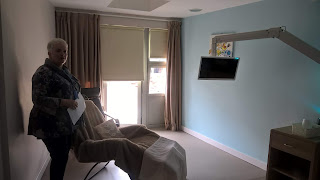 This is because they enjoyed their visits there. A hospice is for life and for living. making every moment count and making memories. Memories for parents, grandparents, siblings and friends.

The care that children and families receive via either the outreach services or services at the various sites is second to none.

Let me tell you a little more

I spent an entire day visiting the Wirral and was impressed by all that I saw. Everyone wore great big smiley faces. From the staff and families to the children that I met. To be a health professional in these circumstance requires a certain kind of person. The very best kind of person. 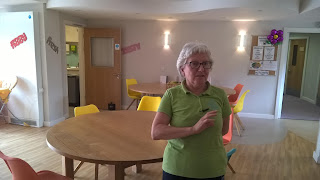 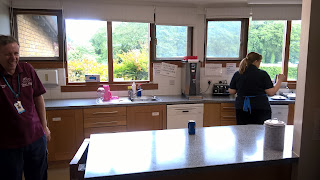 When Claire House Children's Hospice opened in December 1998, they were only looking after ten families. Now they support over four hundred! Yet, from research, they are aware, that for every child they reach in their catchment area there is one they do not. Therefore they need help, and funding is the way for us to help them reach more

The history of Claire House

When Claire House Children's Hospice opened in December 1998, as I already said, they were only looking after ten families. Now they support over four hundred! 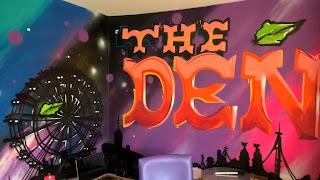 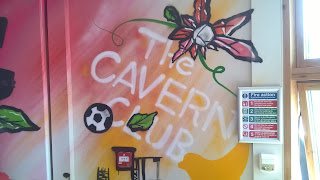 As the team has grown, they have increased their fundraising activities so that they can look after more children and they now have twenty-five shops throughout Wirral, Merseyside, North Wales and Chester. 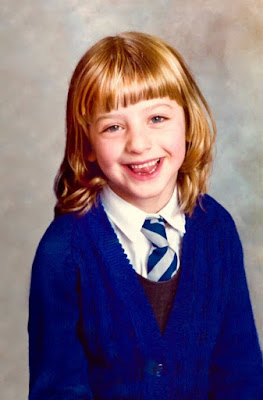 The story of Claire House Children’s Hospice is the story of one special little girl named Claire.

Claire Louise Cain was five years old when she moved with mum Christine, dad Bobby and big sister Tracey from Liverpool to the Wirral in 1985. Life was normal; Claire and Tracey, seven, both settled into their new schools and enjoyed going to Brownies together and in October there was another addition to the family when Jennifer was born.

Two years later, with Christine expecting the Cains’ fourth child, Claire suddenly became seriously ill and was diagnosed as having a malignant tumour behind her nose and eye.

Even when she lost the sight in one eye, her hair and most of her teeth, Claire kept on smiling and laughing and was happy and positive throughout. When Kevin was born in February 1988 Claire was a very proud big sister, enjoying pushing him in his pram and taking her new baby brother to the hospital to show him off to her friends.

Two months later, at Easter, scans showed that Claire’s tumour had grown and despite undergoing a new type of chemotherapy, Claire died in hospital in July 1989, just a couple of weeks before her 10th birthday, with her mum and dad at her side.

Claire’s final hours led directly to the hospice we know today. With Claire in hospital, the whole family could not be together, as they would have wished; taking Claire home would have meant sacrificing the support they received at the hospital.

The start of a big idea

The determination of the Cain’s, and other local families such as Ann and Stephen Robarts and Olwen and Ron Jones, that families of children with serious or terminal illnesses would not face the same impossible decisions led them to set up the first Claire House committee. Their aim was to raise funds to build a much-needed children’s hospice for the Wirral.

Bobby and Tracey started the fundraising with a car boot sale which raised £96, the family topping it up to £100 and opening the first Claire House bank account.
In the years that followed, Claire’s family and friends organised and took part in fundraising events and dealt with many individuals and groups in the local community from the Brownies to large businesses.

The family’s house was filled with merchandise, raffle prizes and anything else that could be used to raise money, and the fundraising team grew to include one paid fundraiser and a clerical worker, who was supported by an expanding team of volunteers inspired by Claire’s story.

Ten years after Claire’s diagnosis, and after many years of planning, committee meetings, fundraising events and location hunting, Claire House opened its doors in December 1998, complete with a bronze plaque designed by Tracey, Jennifer and Kevin.

It is a combination of some of the things that made Claire happy and played a part in her life; music, funny hats, the Mersey Ferry (the last record she bought was Ferry Cross the Mersey), a bucket and spade, Mickey Mouse and much more.

A lasting reminder of Claire, it takes pride of place in the entrance at Claire House and reads “made with love for our sister Claire by Tracey, Jennifer and Kevin”.

The last word, though, must go to Christine and Bobby. They say: “This special place gives families a choice, the choice that we never had when our daughter was ill.

“Claire would be very proud to know that her name and her family have spearheaded the campaign that raised the funds to build the first children’s hospice in our area. She was an inspiration to all of us who had the honour of knowing her.”

Back to happenings for Claire House today

After touring the original hospice on the Wirral I travelled across to the newest addition close to Alder Hey Hospital in Liverpool with one of the fundraising team, Cora.

The location the newest acquisition for the charity is brilliant as it is only a ten-minute walk from Alder Hey itself. An ideal location. It is also a very beautiful old building set in amazing grounds.


The setting is a former monastery in Liverpool as you can see from the above video and the photos it will prove to be a great asset. See more video footage from the Liverpool Echo here. 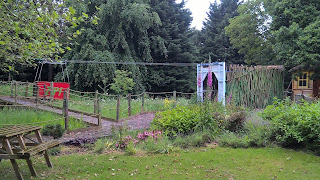 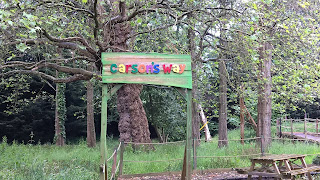 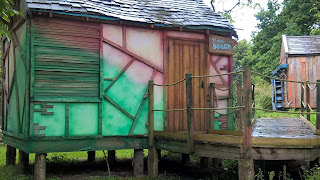 Claire House signed an exclusivity agreement with the Carmelite Order of Nuns – a silent order – who wanted to leave their monastery to a good cause.

Tucked away down a side road that actually runs underneath part of the nearby Cardinal Heenan Catholic High School. It opened in 1905 and was at one time home to up to 100 nuns. The final six nuns moved out four years ago. It is still full of fascinating artefacts from its long and secret history, including many religious signs and an ancient printing press which the nuns used to print their hymn sheets.

As Claire House fundraiser Dan Halliday said: “Liverpool is like nowhere else because its people take ownership of things – and this place will belong to them. We want Liverpool people and Liverpool businesses to be a part of what we are doing here now and where we are heading.” 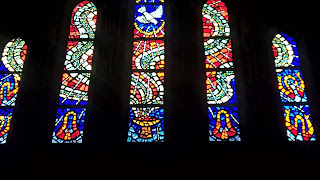 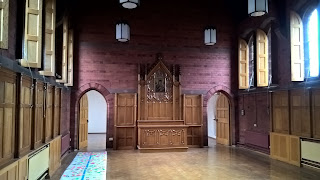 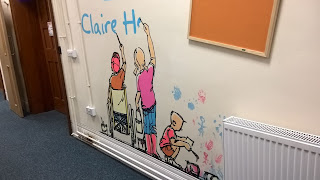 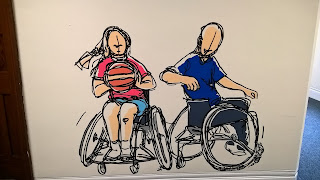 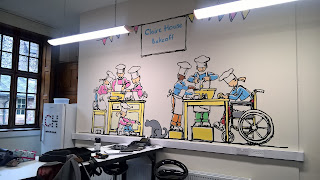 Also hard at work at the new site is Bruce Dodd, head of estates and facilities.

From the majestic rooms and the fabulous artwork, there is no doubt in my mind about the need to support this amazing charity.

We are hoping to have some representatives of the charity with us at our Liverpool signing with merchandise for everyone to buy, in order to further support them. 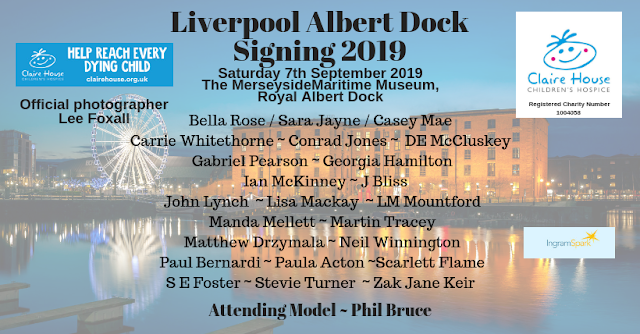 Join the Facebook group to learn more or show your support by buying tickets for the event on the link on this blog.

A number of authors still have tickets to giveaway for the event. Join the Facebook group to learn more and meet the authors themselves.

We are still looking for raffle prizes for this event and every prize will bring in more money for our charity.

To learn more about Claire house this is their website


Posted by Scarlett Flame at 09:05 No comments: